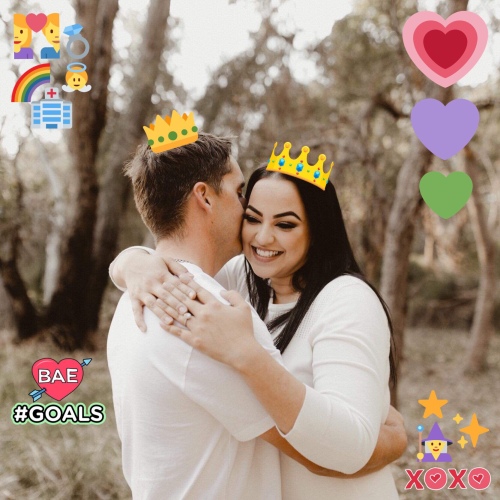 There it was, a few small words, flashing on a little screen of a super high-tech digital stick… ‘Pregnant 2-3 weeks’.

It was 4.30am, the day after Father’s Day. I was so excited. Yes, I couldn’t wait till a more decent hour to pee on that bloody thing!

As I stared at the words I knew my life was never going to be the same. I already felt different, after decades of hating so much about my body, I was finally so in love and appreciative of it. I was going to be a Mummy.

I ran into our bedroom to wake my now-hubby and presented him with his belated Father’s Day gift. Half asleep he opened one eye: “You’re going to be a Daddy!”, it was one of the happiest moments of my life. 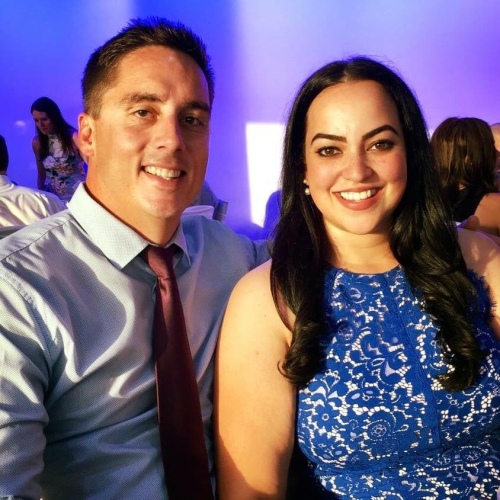 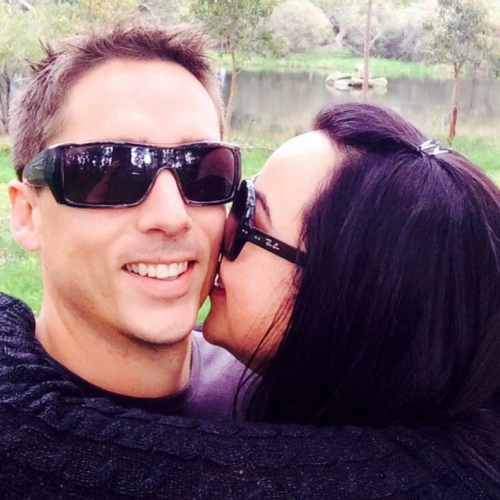 Over the next two weeks the symptoms came on thick and fast; sore boobs, constant nausea, complete and utter exhaustion, and being repulsed by the smell of cooking meat. I reveled in all of it; I thought it meant my baby was growing strong and safe.

Then the spotting started.

I remember googling ‘spotting in early pregnancy’. All the articles said it was normal. ‘Implantation spotting’ was what they called it. All the mummy bloggers stated the same thing: nothing to worry about. Regardless, I made an appointment to see my doctor.

I had blood tests every second day for a week, my HCG levels were still increasing… everything must be ok. I was sent for an early ultrasound just to make sure everything was looking ok too. The technician said I was measuring 6 weeks, even though I was technically 7 weeks. “Its normal to be a week or two out” she said. “I can’t see a heartbeat, but it may be because it’s too early”. 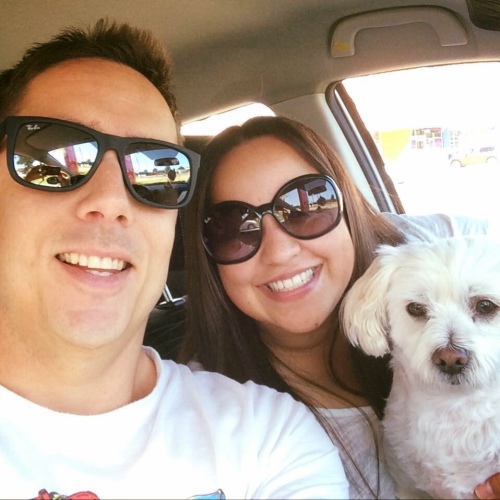 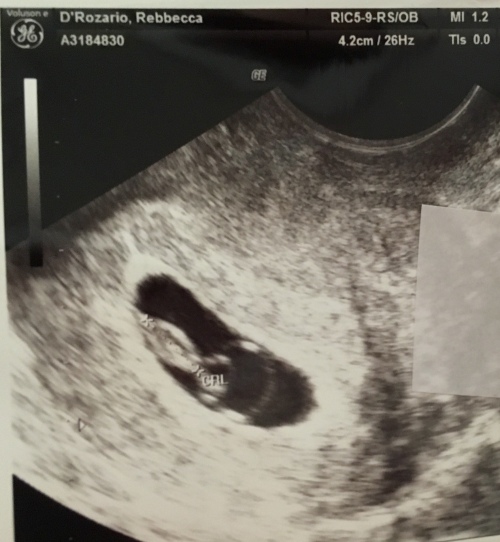 I knew in my soul that things weren’t right.

That night, with my arms wrapped around my belly, I spoke to our peanut and told it that under no circumstances was it to leave my warm comfy belly until I said so. I then prayed and pleaded to God, the powers that be, the universe, Mother Nature, Mohammad and anyone else I could think of who might be listening, to please please protect my peanut and keep it safe.

We called the Healthline and were told to go straight to the hospital. I was too scared to breathe, let alone cry on the way there. I started to talk in my head to our peanut again, begging for it to hold on, telling it how much it was wanted.

When we arrived, I was taken into a room and was examined. “Cervix still intact, everything looks normal, but we wont know until we can get another ultrasound, you’ll need to come back Wednesday when the technician is back in”.

I remember feeling sick that my baby could be dying inside me for another two whole days and there was nothing I could do about it.

The next two days felt like 20 years, and still the blood came. I burst into tears every time I went to the bathroom. I cried every hour of those two days. I lied in bed each night willing my body to hold my insides in, praying and telling our peanut how it needed to stay nestled safe inside because it was so loved, so so loved.

Wednesday morning came and so did the blood. I weeped during the examination, and not because of the pain or all the blood, but because I knew what was to come.

The ultrasound confirmed our nightmare: “I’m sorry, there is no heartbeat. You are nine weeks along but only measuring seven weeks.”

The earth split completely in half, as did my heart. I was told that my body was not expelling the fetus, and because it stopped growing two weeks prior, I was at risk of infection or other complications.

I was offered to go home and wait to see over the next two days, if my body would naturally pass my baby and if it didn’t, I’d have to come back and have a D&C. Or I could have one there and then.

I couldn’t believe this was happening. I couldn’t breathe. I just broke down. I decided to have the procedure, I couldn’t stand the thought of my baby being dead inside me.

Before the procedure I had to make one of the hardest phone calls I’ve ever made.

Dad picked up the phone and I could barely get any words out, I was drowning in my own tears “Dad, I’m at the hospital, I need to have surgery. I’ve had a miscarriage.” We hadn’t even told our families, we were following the 12 week rule, which in hindsight is one of the most stupid things I’ve ever heard of, and whoever started that ‘trend’ needs a good solid kick to the shin! 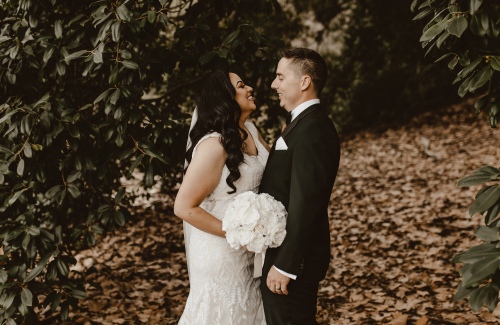 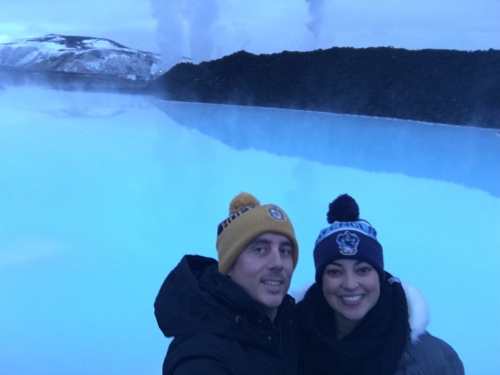 Hubby and I decided to take a break for a year so I could recover and focus on enjoying our newlywed bliss for a while. We are still hopeful of becoming a family in the future.

This was my first experience with miscarriage, and unfortunately it wasn’t my last. I suffered another excruciating miscarriage just two months later.

Yes, I found out I was pregnant for the second time on Boxing Day. I lost the baby at seven weeks. Every year it’s hard because it’s another year we don’t have either baby to celebrate Christmas with.

You definitely feel the loss more at special times of the year, and especially on your due dates. They used to be just a random date in the calendar but after the loss of a baby (or 2) those random dates become days of hollowness and reflection.

I light a candle on each of my due dates, as well as the dates I miscarried, to acknowledge our loss and as a symbol of hope for our future babies.

It’s so important that the grief surrounding the loss of a pregnancy, the loss of a baby and the loss of all the possibilities and dreams of the future is something that is validated by society.

This is why we must discuss and diminish the taboo surrounding miscarriage, so that women no longer suffer in silence.

Rebbecca works as a HR consultant in the public sector, is fur-mumma to her gorgeous puppy Benni, and is a freshly down the aisle newlywed. She is currently honeymooning around the world with her new-hubby, both of which are self-proclaimed geeks, and tragic Harry Potter fans with the tattoos to prove it. 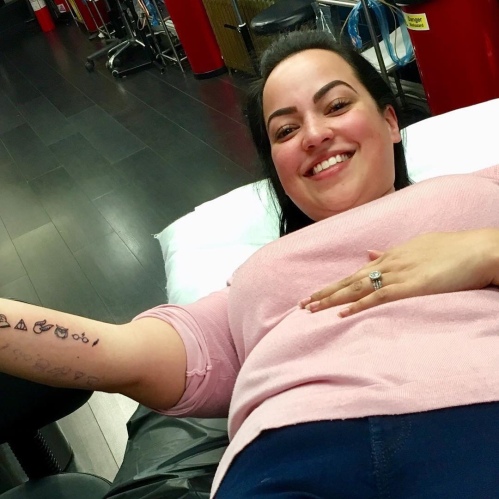 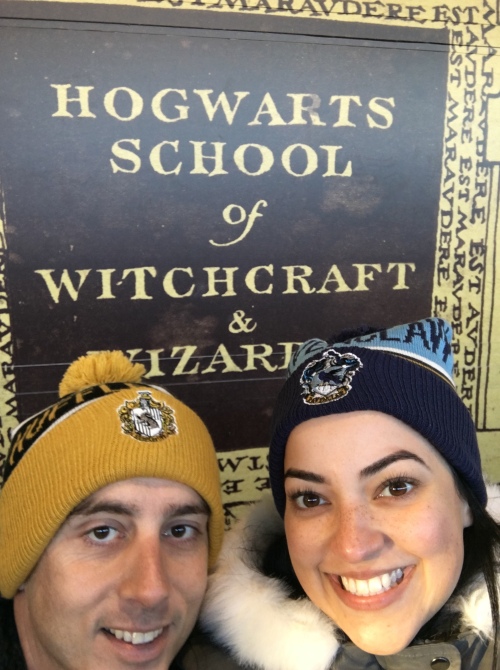 Rebbecca is also incredibly grateful to Sands Australia for their support during her time of need.

Sands is a miscarriage, stillbirth and newborn death charity. They operate across Australia assisting anyone affected by the death of a baby. 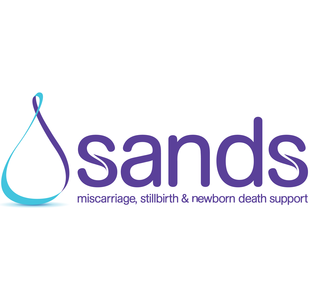