How much do you really know about Carmela Contarino: the woman behind your fav fem blog ‘So The Fairy Tales Lied…‘?

Did you know she’s Australian? (From a small town called Bunbury, Western Australia.) But spent her 20s in Sydney and now resides in London? Yasss, she’s a big city gal now!

Did you know as a child, she was chubby, rocked an afro/mullet, had too much body hair and was teased mercifully for looking a ‘bit like a boy’? Luckily, this birthed oodles of personality, a wicked sense of humour, a resilient attitude and effortless unique style: hello headscarves and colour clashing!!

Did you know as a young girl, Carmela was a competitive dancer and had her own Hip Hop/Funk/Jazz dance school (which opened the door to 200 students) at 19? These days though, she mostly dances like Ellen.

Did you know at the age of 24, she also had her own breakfast radio show in the biggest commercial market in Australia? She’s met and interviewed most A-list celebrities but she has also worked most minimum-wage jobs too, like being a hairdresser’s receptionist, waitress, bartender and shop assistant. Yep, she can pour a mean beer! She’s now the talent booker and entertainment content producer for the Bauer Media Group in the UK looking after radio (KISS/Magic/Absolute), print (Heat/Closer) and digital.

Did you know she auditioned for Idol, X Factor, Big Brother but ended up casting talent for those TV shows instead? Carmela’s vice now is drunk karaoke: better known as Trashioke.

Did you know at the age of 33, she’s never really had a ‘proper’ boyfriend? (No one she’s introduced to her parents or brought over to the family home for Christmas lunch.) Cue the numerous awkward convos with Uncles: “So do you have a special man in your life? Or woman?”

Did you know her idols are Bette Midler, Whoopi Goldberg, Lena Dunham and Taylor Swift? Because, obviously.

Did you know she’s still close with her friends from primary/high school? That group and the people she surrounds herself with today, are the inspo behind #STFTL.

Of course you don’t! Because 70% of stories on ‘So The Fairy Tales Lied…‘ are about and written by other wonderful, fabulous and brave women and men (which Carmela couldn’t be more proud of).

So, how did Carmela end up being who she is today? Is it the roller coaster of her colourful past?

Why does she champion and cherish other women so fiercely? Why is her mum one of her best friends?

Why does she have utter compassion for the underdog or someone down on their luck?

Find out as Carmela exclusively opens up about her world to Greg Stocks on his podcast ‘Life Chats With Greg’.

Carmela is an Aussie in London with wanderlust. A TV/Radio rebel. Fierce feminist. Loud laugh-er. Emotional eat-er. Pop culture cat. Red wine wooer and karaoke kween. She hopes that her experiences are just like yours, funny, warm, loud, raw and that maybe you can figure out this thing called ‘life’ together. #YasssKween 🙌🏼

This year, I will be celebrating 12 years of marriage to my husband Andrew. 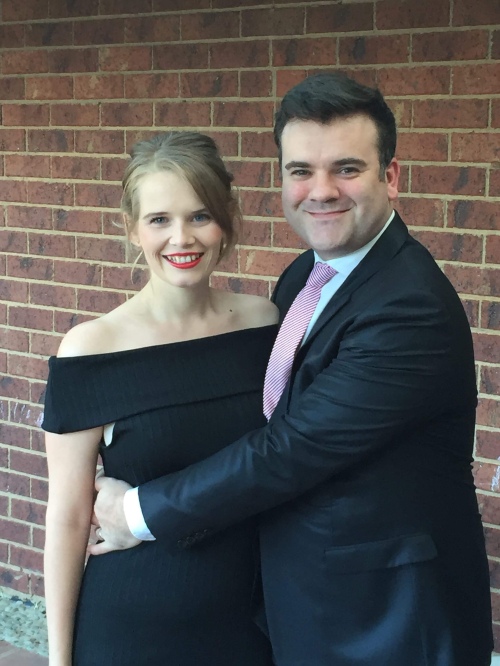 We wanted to build a life-long marriage of 50-60 years, so we knew we needed to build strong foundations from the start and not just get swept up in the excitement of a new relationship. I always wanted my first time to be with my husband on our wedding night. For me it meant that I was completely in this relationship; that my whole heart was in it.

We had both been hurt in relationships before and hurt others too. I had spent time healing, becoming confident in myself and with being on my own before needing another relationship. I had learnt to love myself more than ever and wasn’t reliant on needing that love from someone else to be ok anymore.

I was drawn to Andrew’s joy and quirkiness; which seem to fit with me perfectly.

We met in Melbourne. Andrew asked me out while I was living there but I felt I wasn’t ready to commit. Andrew waited and asked me out again once I moved back to WA. 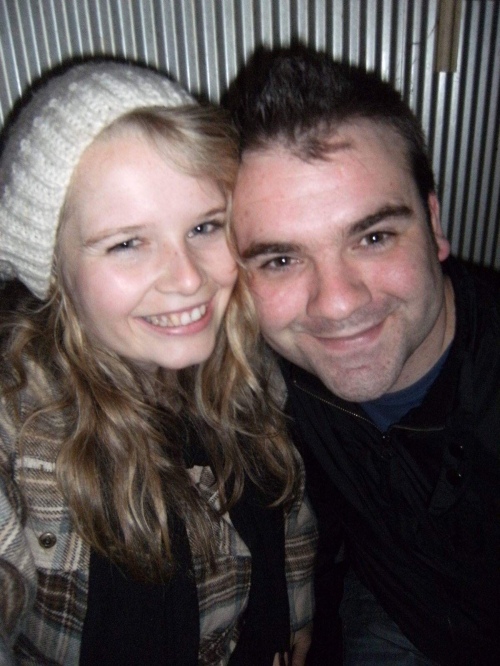 Long distance relationships can be tricky but also really great. We spent the time getting to know each other by writing letters. Each week we would ask questions and answer them in the next letter. Some questions were fun and silly but some were also tough: like what were our strengths, weaknesses and insecurities. We were honest and vulnerable but we were invested in trying to understand each other.

Eventually, Andrew moved over to WA to spend time getting to know my family as well and boy, did he romance me. There was no denying this man truly adored me. He spent a whole night filling up my room with balloons (which he blew each by mouth) just to surprise me, he took me on picnics, and he asked me to marry him one morning, after a beautiful walk along the beach. Those times were amazing and we married in May 2007.

We moved back to Melbourne and began our life together. There were some big adjustments.

Let’s be honest, I was not great with having my own house, living with someone 24/7 and suffered some serious home sickness. But it wasn’t until two years into our marriage, that we had our first big test.

Just before our wedding, I had found out my dad had died. I hadn’t seen him since I was little, so I shut down my emotions and said I would deal with it later. I was ok to never look at it again but I became withdrawn, unhappy and just not myself; this grief was trying to come out and it was scaring me.

Andrew was also struggling with the fact that this person he married, wasn’t the same person he fell in love with. But Andrew gave me space and didn’t try to fix me or change me. We went on a road trip to outback South Australia and met my dad’s family, visited his grave and I finally grieved.

I knew there would be a time when I would return the favour and be strong for him too.

Following on, we continued living in the city of Melbourne, running our own cafe for a couple of years and enjoying married life once more. 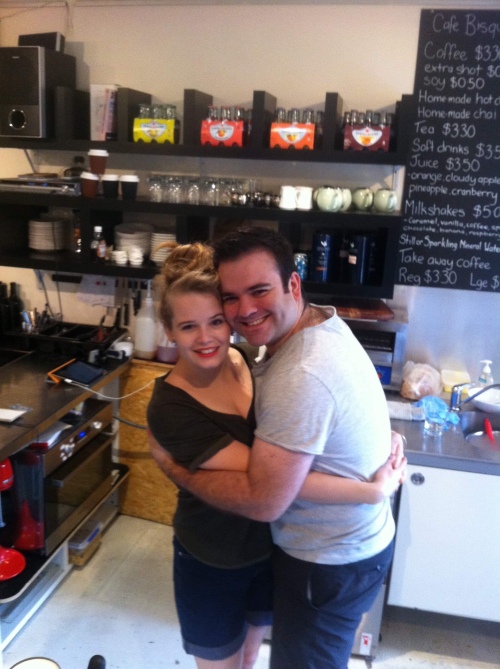 In that time, we had three children in four years and needless to state, life got busy, really busy. I struggled after the birth of our second child (later to realise it was PND) and at the same time the pressure was mounting for Andrew.

I had noticed that Andrew and I weren’t talking as much and he didn’t quite seem himself but at the end of the day when the kids were asleep, we were both exhausted too, so I would put it down to that. This went on for six months (maybe more) until we finally talked and I learnt that the heaviness of life and fatherhood was affecting him.

This was now my time to be brave for him, to listen, give him space and help him get the support of family and friends.

From these difficult times, things needed to change: like making sure we both have a ‘time out’ from the kids, see our friends and do things we both enjoy. We acknowledge that these are simple things, but they’re also the first things we both drop or forget when life gets a bit too much.

It’s easier writing all this down now but as someone who has always struggled to open up about her feelings, it can still be a challenge. I guess, I grew up believing this lie that no one really cared about what I thought or felt, so I shouldn’t express it. I now choose every day to speak up and be honest instead of letting this lie rule my life and relationship.

Learning to communicate freely with each other, without fear of judgement has been the greatest tool we have. 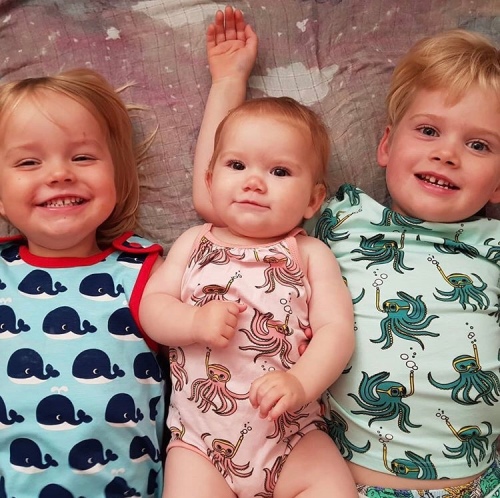 If we hadn’t spent that time at the start of our relationship to really get to know and respect each other, would things be different? I’m sure there are always going to be misunderstandings and rough times in a relationship, no matter how strong your foundation is. But I do believe, building our strong foundation, gave our relationship the best chance it had to succeed.

For my children, I hope they will see what a relationship of love and honour is like from us directly and that they will not settle for less. I want my children to be able to build life-long relationships too and to become the men and women who know who they are and what they are worth.

In these 12 years there has been a lot of laughs, and yes, at times many tears too. We have had some incredible years together and some years, we are just happy we managed to survive. We know that with children, the daily routine of life and being human, there will always be trials. But I am thankful every day that I have my best friend and my partner for life by my side, ready for whatever life throws at us next.

Simone is a 30 something living in Melbourne. She is a wife, mother of 3 and lover of all things bright and colourful. Is there such thing as too much colour? Simone doesn’t think so!