The last Friday of June in Australia is Red Nose Day and I’m one of the unlucky parents who this day has a very significant meaning to.

For as long as I can remember, all I wanted to be is a mother. Growing up all my friends had specific career goals that they wanted to achieve but for me, all I knew for sure was that when I ‘grew up’ I’d be a mum!

Well, as they say ‘dreams do come true’ but my journey into motherhood has been far from what I dreamed it would be as a little girl.

On Monday, the 22nd of August in 2011, my dream became a reality when my first son Nate Lachlan Brandis was born. My labour was long and if I’m honest, waaaay more painful than I could ever have imagined. I ended up in an emergency C-section but it was totally and 110% worth it when my big 9lb 9oz baby boy was handed to me. 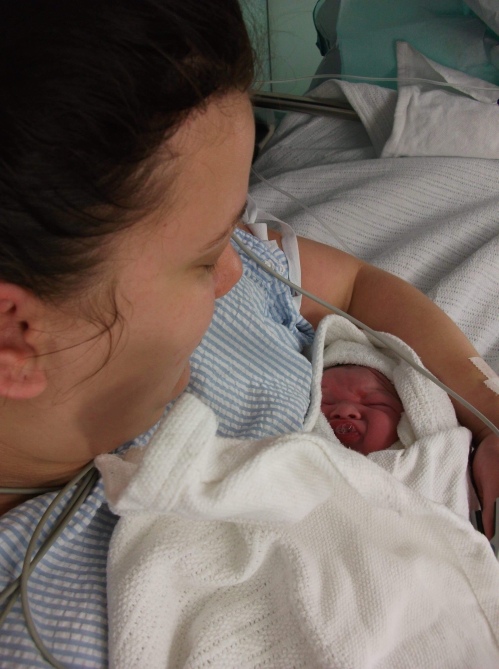 The first week was tough, Nate’s blood sugar levels were so low, he needed to stay in the special care nursery. My milk never came in, which after my third baby I finally discovered I had IGT (Insufficient Glandular Tissue) which is quite common with women who have PCOS (Polycystic Ovary Syndrome). Recovering from a C-section was also no walk in the park! After that week, I caved and decided I was going to bottle feed (my now starving) child.

I have to admit, it was one of best decisions I ever made. After his first full bottle, he slept!! He slept so well that I was the mum at my mothers’ group who lied to all the other poor mums because I felt so bad that my now three week old baby was sleeping eight hours straight a night! (While they were up every hour to attend to their baby.)

Nate was the easiest, crusiest, happiest, cheekiest baby I’ve ever met. (I’m not even joking, he actually was!) He fitted right into our world so perfectly. My husband Paul and I both thought life was pretty damn sweet. 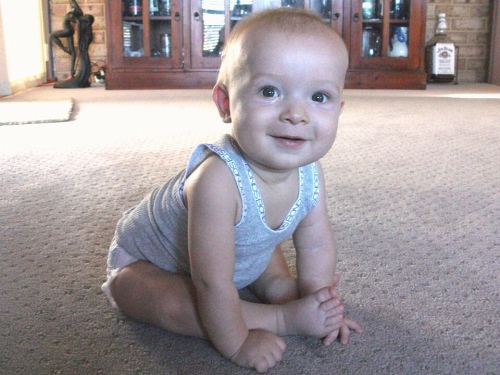 When Nate was ten months and three weeks old our lives were irrevocably changed when he passed away from SIDS (Sudden Infant Death Syndrome). I was totally blindsided. How could this beautiful, innocent soul be taken from us so soon?

I was that mum who never put the cot bumper in the cot and dressed my baby in a sleeping bag instead of blankets (as that was the SIDS recommendation). I did it all and it made no difference!! It just didn’t and still doesn’t make any sense!

The next few days, weeks and months were a total blur. All I can remember is the amount of love that surrounded Paul & I from our family and those few friends (who know who they are) that we now consider as family.

I remember in the days after Nate died, I was peeing on a pregnancy test just praying for my baby to come back to me; like I was asking for some sort of miracle.

The pain of losing a child never leaves you. You just learn of ways to cope and live with the pain, as if it’s a new part of you.

So that’s what we did. Paul and I decided to live life. We both took nearly half a year off work and travelled the world together. We did so many amazing things on that trip from learning to scuba dive in the Greek Islands to skydiving over the North Shore in Hawaii to learning the art of making traditional Spanish sangria & paella in Barcelona. It was exactly the escape I needed but it was also such a bittersweet time in our lives too. 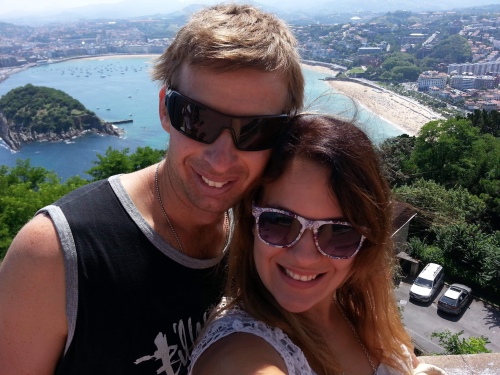 In the back of my mind, I expected to return from that trip pregnant and it devastated me that I didn’t. However, after nearly four years of struggling with infertility and having to go on a range of fertility meds, we were finally blessed with our rainbow baby, another son Luca. Luca’s name (as well as being a family name) means ‘bringer of light’ and that he certainly is!!

Two years later we were blessed again in a rather suprising & unplanned way (due to some of my own serious medical issues, which is a whole other story in itself) with the birth of our third son, Hudson.

Being a parent after the loss of a child is hard, I mean ‘parenthood’ is hard in general but it adds a whole other level. Those fucking ‘mum guilts’ creep in way worse when you’ve just had enough but it makes you appreciate the little things just as much too.

Nate’s still every bit a part of our family. Luca knows all about his big brother ‘Angel Nate’ and Hudson will grow to know about him too.

So this Red Nose Day (as I do every day) I will be thinking of my darling Angel Nate and sending love not only to him but to all of the other angel babies and the families they have so sadly left behind. Please join me.

Find out how you can be involved and support Red Nose Day here. Help reduce nine deaths a day to ZERO and donate.

Janae Brandis is a Bunbury girl, born and raised. She’s been married to the love-of-her-life for 10 years and she’s a mother to three gorgeous children; one of whom lives in heaven. Janae is obsessed with wine and cheese but thinks chocolate is life. In other words, don’t come between her and her Snickers bar. 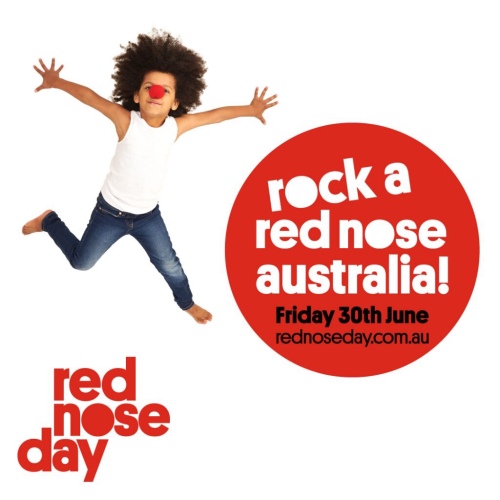 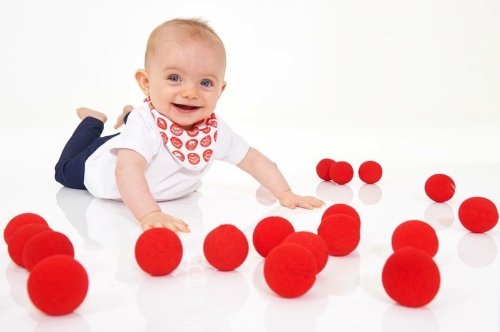